« back to ack's Mech Mayhem

a tile created by glacier 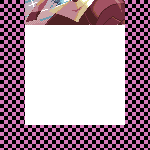 Okay so before I begin, I should state that that there are only three cops who are not bastards, and that Noa Izumi only currently has observer status on that list. It is a process that does not move quickly and I cannot do much about it. That is why this Ingram AV98 is, at least from the shoulders-up, unpiloted. Those of you who have read this far, please also take note that I am like 98% joking and if you are taking me seriously, stop that right now. Thank you!~ :y

Now then, after I begin, let me also talk about Quote and Robot (Nuclear Throne) here, who who are by far the more rampaging of the three I have added to the quilt. Quote practically (if not literally) destroys an ancient flying island-castle-fortress kind of by accident (he only kind of has help). Robot (NT) literally cannot advance until it either kills everything living around him (plants notwithstanding) or is itself destroyed. "Mayhem," indeed!

Finally, there are the knees in the background, which I originally was not going to draw. When I started out, I idly mused that, "Gee, the bottom of Gors' tile kind of reminds me of the bottom part of the torso of the Ultra-Intergalactic-Cybot-G, Marina Liteyears, and what a fun tile that would be if it was. I then set about NOT drawing her legs, figuring it was nothing but a vanishing possibility, until eventually my brain started working properly and I decided What Else Could It Be, Though? and drew Marina's legs, for god's sake.

Only colors from the Dreamy Forest palette are allowed. The server will clamp any offending colors to the nearest color from this palette!